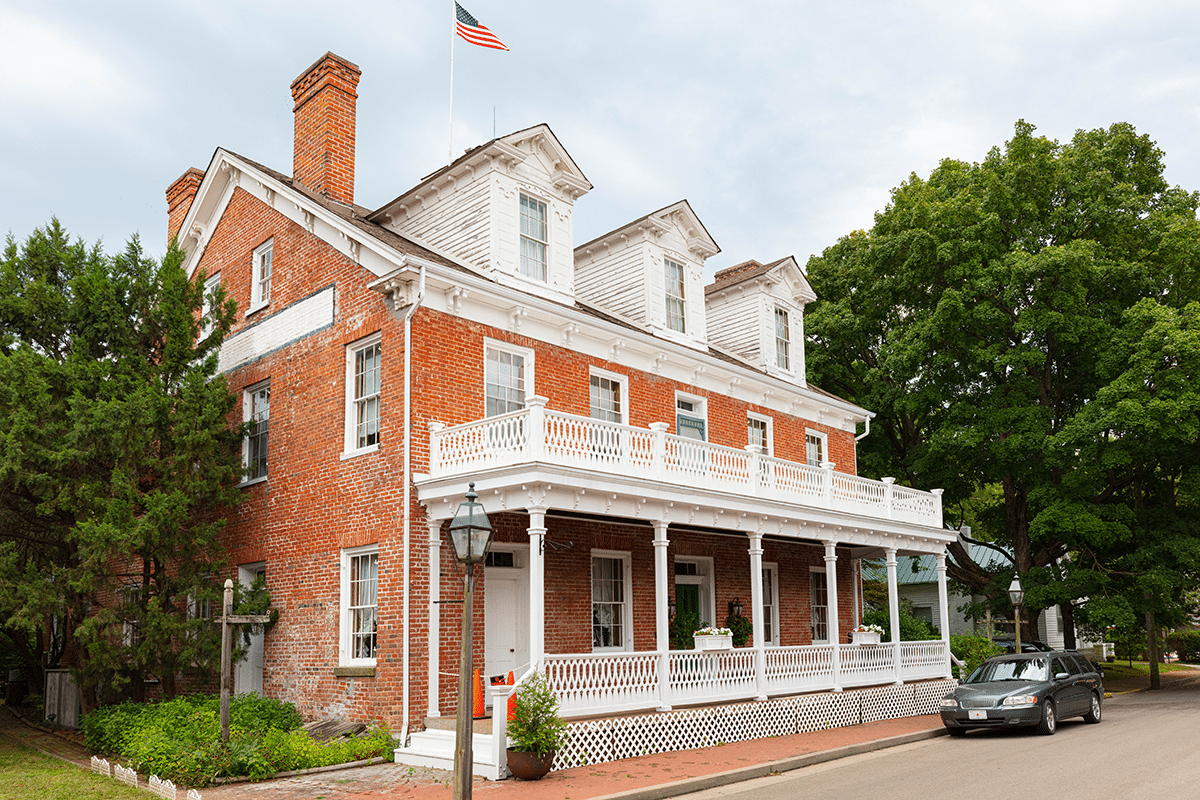 Missouri‘s first permanent settlement – Sainte Geneviève (Ste. Geneviève) was a bona fide settlement by 1750. It was the first European settlement of its kind in Missouri. The town’s earliest French-Canadians felt pulled here by its rich, diverse, agricultural promise. When their valley flooded in 1785, Ste. Geneviève relocated to where it is now – at a higher elevation about three miles northwest of the original settlement.

Ste. Geneviève was designated a National Historic Park on March 23, 2018. Authorized by a 2018 act, this designation allowed Ste. Geneviève the status of National Park and its protections.

Ste. Geneviève is the poster child of the metaphor ‘melting pot’. Looking around this small town, you can see the stories of those who lived on and settled this land. One such story is told by the Jean Baptiste Amoureux House.

The home was built in the early 1790s. It’s one of just three homes of its kind – a poteaux-en-terre – in Ste. Geneviève and one of just five such homes on the North American continent. Distinguishing features of this style of home include heavy walnut trusses that support a steep, pitched roof. The originality of the home’s ceiling beams and date of construction have been verified by analyzing the characteristic growth rings of the timber used.

The home was renovated in the 1840s. Even so, the home retains its original integrity and is one of the most famous structures of the Ste. Geneviève Historic District.

The home has been occupied throughout its history. It was once the residence of Palagie Vital Amoureux, a free African American woman. Her family lived in the home in the 1800s, both before the Civil War and after it.

The Amoreaux House isn’t important only for its architectural style – it’s a testament to the various backgrounds of Ste. Geneviève residents throughout the ages and how blacks in the community lived freely.

Before setting out on your historical adventure, be sure to check local regulations and hours of operation for the many sites in Ste. Geneviève, Missouri. You can write to the park at: